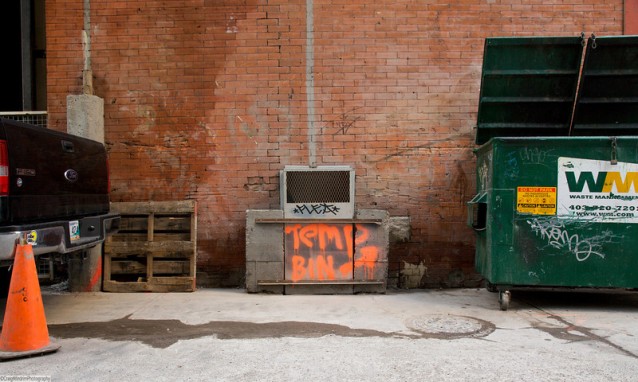 Finance Minister Jim Flaherty missed his projected budget deficit by $16 billion. He announced his mistake on Tuesday with a defensiveness reminiscent of a school cheat or petty criminal.

Fundamentally, what kind of role model is the federal government, when we’re being told that it is our sense of entitlement and poor use of credit cards that has caused this recession, yet it is perfectly acceptable for them to cut taxes (ie: income) and rack up $50 billion in debt? Spending for the sake of recovery is, now, necessary, but the lack of foresight en route to today’s predicament is unacceptable.

Not only did the country’s top accountant miss his budget by 33%, but he directly refuted such error as even a possibility only two months ago when he emphatically denied that things were any worse than his projection. Noted in my post on January 19, Flaherty made headlines saying the upcoming budget would run a deficit of $20 billion. Then the published budget a month later was $33.7 billion. Now we’re at $50 billion. Jim, buddy, pal… Shall we just say $75 billion and call it a day?

The opposition Liberals and New Democrats swore it would be worse (whether accurate or simply advocating cynically as is their calling); pointing fingers at the Conservatives that they were vastly underestimating the trouble Canada was in. And now here we are.

I don’t know about you, but I would be fired for missing my budget projections so greatly. And these aren’t simply dollars we’re talking about (which, according to CBC‘s The Current this morning means that every living and breathing Canadian owes $16,800 each to pay off our growing debt); they are jobs and livelihoods which are disappearing under Harper’s smokescreen of vague optimism and Liberal innuendo. While the governing party waves flags and celebrates Canada’s fortune in the world, people are losing jobs with little or no opportunity for assistance.

Flaherty, in question period yesterday, defended himself, offering a rebuttal to Michael Ignatieff‘s pointed questions and calls for his firing. He said, “What would the Liberal Party be cutting to balance the budget? Employment insurance? The Home Renovation Tax Credit?”

Are you joking? First of all, Ignatieff’s answer should be along the lines of, “What would the Liberals have resisted cutting, to prevent such a deficit – let’s talk about the 2% of GST that not a single Canadian has noticed, save for new home and car buyers, which would have immediately saved tens of billions of dollars over the last few years (each percent translates into roughly $6 billion per year). Let’s talk about corporate tax, which hasn’t cemented nor propped up business in Canada.”

And while I have nearly max-ed out my household contribution to the home renovation tax credit, I sincerely do not believe that renovating is the way most people in Canada will keep their jobs. Certainly, if I were to lose my job right now, I’d be regretting the new furnace in my basement.

And employment insurance? Dear Jim, how do you cut something when there’s nothing to cut? The national news has exhaustively documented how eligibility qualifications are robbing hundreds of thousands of tax-paying Canadians of any opportunity to get their feet under them and barely provides 30 days’ security for 30-year employees of various sectors.

Despite touting themselves as the most fiscally responsible party in Canadian politics, sadly the Conservatives haven’t leg to stand on and it is their lack of foresight that has landed us in this unsavory position.

One only wonders if an election is imminent.