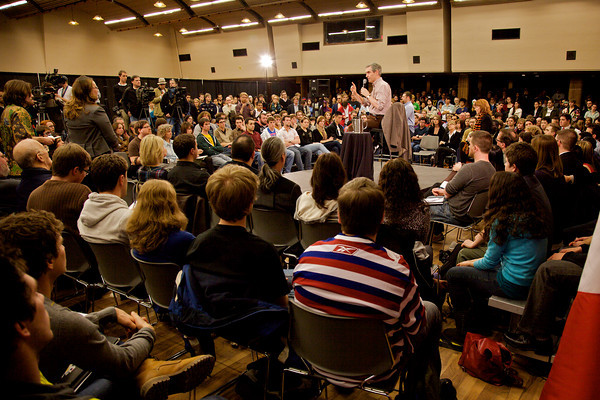 I was thinking of starting my last post with something like, “please excuse me for not posting for a week, as I decided to prorogue my blog. I felt it necessary to reset it, as it were; put it on pause; recalibrate it. I needed the time to take account of my recent posts and strategize my forthcoming ideas.” Meanwhile, you, dear readers, forget what I had most recently written about, gone on with your daily lives, and God willing, when I finally returned, you were there waiting with willingness.

But then it occurred to me that the similarity was rather weak, because in contrast to me shutting down my blog for a period of time, the Government of Canada doesn’t really care if its citizens take note of its departure or return to business. As I’ve said bef ore, it is becoming increasingly apparent that both the business and recent prorogation of Canada’s Parliament are irrelevant to Canadians. We hardly think they’re working when they are, so why do we care if they’re working at all? And remember, I told you that Canadians in general are easily confused and distracted.

A few weeks ago, a motivated online group of Canadians organized protests against the prorogation of parliament which were held in 60-odd locations across Canada this past Saturday. For a while I considered attending the one in south Calgary, at the Prime Minister’s constituency office (that is closed on weekends). I even threatened as much on my Facebook page. But then I recalled my experience at the only protest I have ever actually attended – the George W. Bush visit to Calgary in March, 2009. I considered how weird it was, what with the plethora of right-wing, ultra-conservative business people who paid to hear him, and the discombobulated circus of disheveled, left-wing hippies yelling at them in opposition. The loudest protesters didn’t have a clear message; signs bore messages ranging from war-monger, to odd stories about Cubans kidnapped in the 60’s. Some were there with the sole intention of being arrested, in order to make some sort of statement. Frankly, it was embarrassing, and it entirely diluted the effort of the protest in the first place, in my opinion.

The movement behind the protests was an interesting one. I think it was a good idea for the most part. Conceptually, anyway. And it’s important to separate the movement from the protests, in order to identify the two camps of thought involved. The movement, known as “Canadians Against the Prorogation of Parliament” was begun on Facebook, as a social media rallying point for Canadians to voice their displeasure. This was a low-involvement, small investment sort of participation for Canadians – we were able to add our name to a cause, and – more than a petition – actually engage each other. We were able to discuss the issue and draw more people into the fray. It grew into a mass of some 218,000 Canadians, all upset to some degree with the government’s decision to take a break. The movement involved the traditional opposition types – card-carrying members of the Liberal Party, the NDP and the Bloc, but also, interestingly, Conservatives who expected more from their leaders. This was truly a transcendental populous. And because of this diversity, but also the unknown nature of a social media movement, the media were picking up on it like crazy. They didn’t know what the movement meant, nor what it was capable of, and because of that it was newsworthy.

But moving from a cozy social-media discussion into a series of protests (in mid-January, mind you) was probably too great a leap for many of those who signed up to the Facebook page. Firstly, because the organizers were asking people to get off their computers, leave their house and routines and stand outside en masse on a wintery Saturday afternoon. The separation of social media engagement and physical protestation is quite polar, and I’m sure the organizers feared that no one would show up. If the next move of the group was to begin a letter-writing campaign to each person’s own Member of Parliament, which is, perhaps a more natural mobilization of a social media cause, then this exercise might have had more participation and impact.

Secondly, and more importantly in my opinion, transgressing from the new idea of mustering mass support via social media engagement to the tired act of physical protest rendered the movement less useful because it diverted attention and emphasis from a new and exciting media platform to an old, all-too-familiar and somewhat abused one. The organizers had an opportunity to do something different; to speak to political leaders from a more intimate (in voters’ words) and less predictable (how big could this grow?) stage; one where they, their message and their legion would be perceived differently and paid attention to. But in relegating to protesting, which is familiar ground for both activists and their targets, they unfortunately steered their followers off a cliff. The act of protesting branded the movement as nothing more than typical left-wing elitist ideology. It was the wrong move.

It should be clear by now that I didn’t attend the prorogation protest. Instead, I recalibrated at home on that Saturday afternoon, by buying groceries and visiting the Calgary Farmers’ Market. I didn’t think anyone would care or notice. Besides, just think of how interesting and understandable my posts will be since taking the time to reset.