The last two days we’ve spent touring around the Barolo, Barbaresco and Alba regions: all part of what they call the Piemonte area of northwestern Italy. This was sort of the point of this trip (as previously discussed): get to know the regions that are responsible for some of our favourite and least understood wines.

Before leaving I had arranged visits to three top producers of Barbaresco and Barolo, one of whom we have drunk before and two which are astronomically expensive and collectible (we’d never buy them, so why not visit and taste instead?).

On Monday we visited La Spinetta, a forward thinking producer based near Neive in Barbaresco. We got the typical tour that is interesting to most people but to geeks like me, well let’s just say I’ve seen a lot of barrels, and yes they use French oak, and yes harvest takes place in October, etc. etc. The usual. We were matched up with some Americans from Texas, who we quickly found out perfectly suited the arrogant, entitled, spoiled reputation that stains the common American Tourist when visiting abroad. Lines like, “they [the wineries] know how much we spent to get here, so they should open their doors for us” when referring to wineries that don’t accept visits, and “what’s your best, I want to taste that.” Their resentment was palpable when they discovered that my wife and I were visiting the top wineries, for whom I had to pull some serious strings to gain access to.

We visited the winery Bruno Giacosa in the afternoon, and while not as polished as the Spinetta visit, we were privately toured around by Francesco: an apprenticing winemaker no more than 25 years old, and I was able to ask him all sorts of deeper questions about fruit sourcing and organics, etc. that I couldn’t rattle off in front of others before. The philosophy and style of the wines were very different – subtle, elegant and refined in comparison to the brute force
and upfront nature of Spinetta. We met the famous viticulturalist at Giacosa (Dante is his first name) and Bruno’s wife, who was the quintessential generous hostess, but very obviously a determined and decisive personality. They were busy arguing with Italian media while we were at a different table and taken through a wide range of wines including a spumante (sparkling), Arneis (intriguing local white varietal), Dolcetto, Barbaresco Asili and a Barolo. Delicious stuff.

We discovered a bit later on that Giacosa seems to not enjoy a good reputation or confidence of many Italians (or at least those we met in the local enotecas). Some of the gruffness we were offered referred to Giacosa’s buying of fruit from growers instead of owning property, and quality issues… Quite shocking resentment given his international reputation.

Today, we visited one of the most important wineries in Italy: Gaja. Located in the heart of the village of Barbaresco, Gaja is an institution. Into their fourth generation of family ownership, Gaja is responsible for creating a cult-like status for high end barolos and barbarescos, whose own wines typically sell for upwards of $400 and older vintages often sell in auctions at Christies or Sotheby’s.

The opportunity to see the establishment was memorable and appreciated, including for the company that we kept along the way. We toured with a wine club of 12 people from Belgium. Very pleasant folks all of them, and we learned through a rather funny conversation about the length of a blue pen that three of the men were retired Pfizer salesmen: think Jake Gyllenhaal in Love & Other Drugs.

A quick lunch at a Barbaresco trattoria included my vegetarian wife ordering a massive plate of meat by accident (not quite as solid on the Italian menu items as she thought) and a local specialty for me: veal raviolis in a butter and sage sauce. Delish.

We returned to the delightful town of Alba afterwards and took advantage of the truly great shopping to find my wife some fantastic new shirts and accessories. Love the authentic shopping in Alba and shared my enthusiasm in French with one of the shop owners.

Afterwards it was back to the guesthouse in Barolo and then for a quick and delicious pizza up the hill in La Morra. Just what we wanted: something simple and easy. Funnily, we’ve found that everyone here wants you to dine the Michelin way as often as possible. Our hosts in Barolo continue to recommend Michelin starred restaurants at every opportunity, and all the tourists we meet (including the Belgians) revel in dining at them routinely. I don’t get it. Sure, they’re the best offerings of food in the region, but you pay accordingly at upwards of 200 euro per person. And they’re not representative of the local offerings – the residents never eat there, and the meals are never short of 2 hours. We had a Michelin star meal in Florence and yes, it was good, but not necessarily the best bang for buck on the trip so far. We’ve enjoyed the more authentic, spontaneous and simple meals in Barolo, much to the dismay of our hosts.

Tomorrow we are off to Paris to begin the French half of our trip via Milan suburban airport Malpensa. We will do a drive-by of Torino and stop for lunch, before heading to Milan. We are flying Easyjet which is one of those low-cost airlines…. Can’t wait to report to you how that experience goes. If successful, I’ll report to you from Paris tomorrow night and I’ll have my wife and luggage nearby. Here’s hoping! 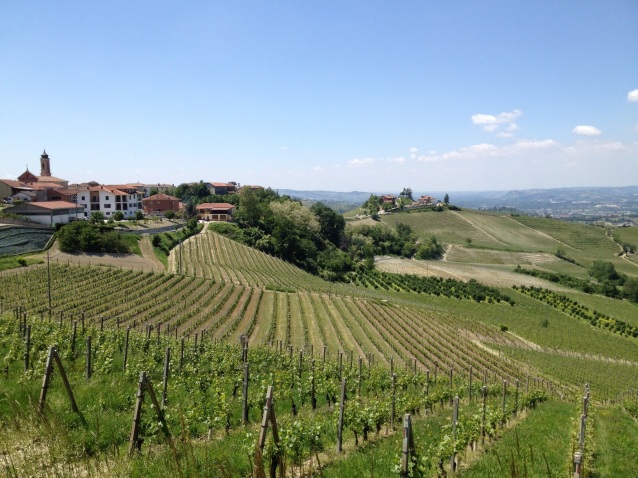 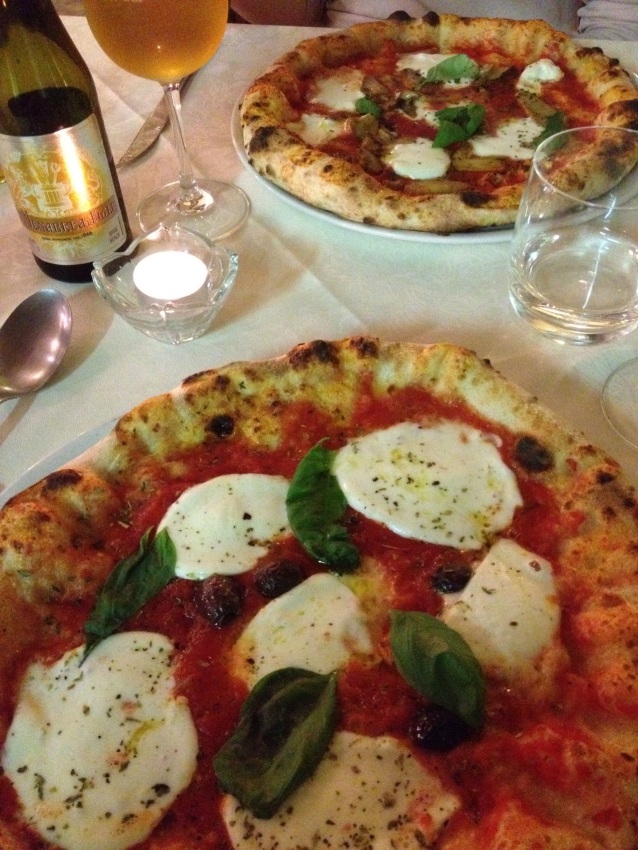