My wife and I recently returned from a delightful 10-day vacation on the Big Island of Hawai’i. It was a truly surreal trip to an island that boasts 12 distinct climatic zones and altitudes between 0 and 14,000 feet. We stayed at the Fairmont Orchid, located on the Kohala Coast on the west side of the island, about 25 miles north of Kona Keãhole International Airport. The Kohala Coastline is a 200 year-old lava flow and only gets about 8 inches of rain each year, making it arid and quite exotic. By contrast, the east side of the island, where the city of Hilo is located, gets about 14 feet of rain each year, providing for spectacular rainforests and waterfalls. In between are a handfull of volcanoes, most dormant but some active. With all of this wonderful landscape to explore, we accordingly booked a brand new, red Mustang convertible to check it all out.

We were very fortunate to fly WestJet the entire trip, which meant we flew Calgary to Vancouver, and then Vancouver to Kona. Our flights were on one of WestJet’s outstanding, new long-body 737-800s, which has business-class leg room throughout. What a relief for the 6 hour flight across the Pacific! We landed at around 11:30pm, which meant 2:30am Calgary time, and thus checked into the hotel a half-hour later in a state of semi-delusion. The next morning we committed to spending the day relaxing, getting to know the hotel property and beach bumming. The Orchid is located on its own 32 acres, which sits on secluded Pauoa Bay, perfect for swimming, snorkeling and surfing. They have cabanas, beach chairs and hammocks between the palm trees, with drink service so you don’t even have to get your own cocktails!

Upon picking up the car on our 2nd day, we set out to Mauna Kea, the tallest volcano in Hawaii (14,000 feet), and the tallest mountain in the world if measured from the sea floor (31,000 feet). Two hours from our hotel we pulled into the Onizuka Visitors Centre, which is at 9,000 feet and is home to astronomers and interpreters. Mauna Kea has the biggest assembly of earth-based telescopes in the world, and is supported by the space programs of a number of countries, including Canada. The road to the summit from the visitors centre is 4-wheel-drive-only, so we decided to hike up another thousand feet. Traversing lava rock in the gathering clouds soon became a little dicey, and we couldn’t easily catch our breaths, so we hung out in a coulee for a few minutes, snapped some pictures and headed back for the car, just before rain began to fall. Two hours later we were back at our hotel, sipping on mai tais and nibbling on pupus.

Day 3 took us to the northern most point of the island, to the funky little town of Hawi. Hawi is small and sincere, with lots of little shops and a killer little restaurant called Bamboo. The staff are a mix of 30-something Polynesian descendants and 70-something white Americans, all of whom appear to truly enjoy life and serving customers. They were all laughing with each other and ensuring we were enjoying ourselves, which added significantly to the inexpensive and tasty local cuisine. Between Hawi and our hotel, we came across an unassuming side road leading us to a hamlet named Pu’ako. Once past the $10 million seaside homes, we reached a public beach access lot, recommended by Shorediving.com. We grabbed our gear and settled about 100 yards from the parking lot, which was a recommended easy entry point, only occasionally dotted by a rock or an urchin. Upon entering, we were accompanied almost immediately by a native Honu – endangered Hawai’ian green sea turtle. This dive was wonderful, if not a touch chilly, but fantastic, with calm waters, abundant marine life visible from the surface, and a relatively simple entry point.

A fun part of the entire visit was the abundance of sea turtles. Every dive, save for one, included turtles. The Fairmont Orchid property includes an historic resting beach for these wonderful creatures. The fenced section of beach, 10 yards long, 5 yards deep and 5 yards from the pathway and beachside bar, was almost always dotted with turtles, sometimes as many as 10 at a time. And when they weren’t resting, they were swimming with us out in the bay.

Day 4 took us across the island to Volcanoes National Park. This 3 hour drive was literally, unquestionably the single most fun driving experience I’ve ever had, not to my wife’s delight mind you, but really glad we had a ‘stang for it. Ups I couldn’t see the top of, downs that pulled your stomach into your throat, ramped curves and pristine asphalt at 50 mph. What a ride! As we pulled up to the gates at Volcano (as the locals call it), we were told by the park ranger that the broken cloud and breezy weather was actually an upturn, as it’s usually raining – a testament to the 14 feet of precip. they get each year. Upon entering the park, we visited the park centre, where visitors are presented a 3-hour, crater-rim drive, or a 5-hour, crater-rim, plus lava flow drive. We did the 3-hour journey around the 11 mile crater rim, which included the sulphuric dioxide-belching Kilauea caldera, Devastation Trail and the Thurston Lava Tube. Only 25 years ago, the caldera was fully active and destroying towns along the southeastern coastline. When we were there, we, along with all the other tourists, were brought to hacking and coughing by the gasses, which by comparison, was probably a better outcome. The drive back from Volcano took us briefly through Hilo and up the northeastern coastline, which is straight out of Jurassic Park. Stops along the coast included A’kaka Falls state park, which has the 11th tallest waterfall in the world and Waipio Valley, which is a breathtaking series of cliffs and valleys, dotted with expansive black sand beaches.

Day 5 was a pre-planned snorkel cruise with Fair Wind Cruises that began in Keauhou Bay and took us south to a couple of exciting spots. Our boat, the Hula Kai, is a 50′ catamaran that cruises at 25 kn. so we had as much fun cruising as we did diving. Along the way we checked out some dolphins that rode our wake for a bit, and then came across a whale shark which was truly massive – 40′ long. It’s super rare to see these fish, the biggest fish in the world, so we checked it out for a bit and then continued along our way to dive sites. Save for the ridiculous sunburns we each got that day, this day was probably our most enjoyed.

Day 6 was, by contrast, our most disappointing. I had previously hooked us up (sorry for the pun) with one of Hawai’i’s most celebrated sport fishermen, for a half day of fishing aboard his 47′ Rybovich. While the captain and crew were very nice and great to deal with, we didn’t get any bites, so it was a lot of money spent and a day wasted roaming the open ocean. I understand it’s ‘fishing’ and not ‘catching’ but I suppose I expected at least something!

Day 7 was back to fun – we nursed our burns and hung out at the hotel. Several busy days in a row necessitated a break. Nearby shops provided some opportunities to shop, and we enjoyed perusing the eccentric and over the top artwork at the resorts’ galleries. We managed to stay out of Tiffany & Co., Louis Vuitton, and Bulgari, which was a sound decision. We dined at Tommy Bahama’s Tropical Cafe – a restaurant concept located above their trendy clothing store. The meal was actually pretty good – for me: crab bisque, pork tenderloin (the whole friggin’ tenderloin, mind you), with asparagus and sweet potato. It was, not surprisingly, typically American (far too much food). All the servers were well dressed in unique Tommy Bahama outfits, of course.

Day 8 was a longer day, as we embarked on a tour of 4 Kona coffee plantations, sampling a lot of great coffees along the way. Holualoa Coffee Company was probably our favorite – largely because they were the only organic plantation on the island, but also because the coffee was actually really good. A number of the plantations grow other produce on their farms as well – avocados, grapefruits, oranges, lemons, pineapples, bananas… Imagine having that stuff in your garden! After our final stop, we headed further south to the extreme southern point of the island, Ka Lae, where trees grow sideways in the constant wind and a fabled green sand beach is located beneath 100′ cliffs. It was quite a drive, with dramatic scenery. After stopping at another little town and then a black sand beach – Punalu’u state park – we made the 3 hour drive back.

Day 9 was the last full day before leaving. In the morning, we enjoyed a cultural hike around our property and the neighboring Mauna Lani resort, led by a wonderful local Polynesian and Portuguese descendant. A system rolled into the islands later in the morning, producing blue sky, but uncharacteristically strong winds that blew up sand and prevented anyone from sitting on the beach. So instead, we watched a bit of CNN’s captivating (joking, of course) coverage of the South Carolina primaries, and then wandered around the property some more before taking the car back that afternoon. As I turned the car in, I marveled that we’d put 930 miles on it. On an island no less! We spent the last night out on the balcony, watching the waves crash, and drinking a bottle of icewine that I’d packed in our suitcase.

Our final day was restful, though a long one, because we had to check out at 2pm and our flight didn’t depart Kona until midnight. The hotel did a great job of taking care of us, which really helped a lot. We were able to store our bags for the day, use all the facilities we wanted, and at around 8pm we were provided a ‘hospitality room’ for a couple of hours, to shower, change and repack our stuff. This meant that during the day we could swim and hot tub without worrying about a wet swimsuit or salty hair on the airplane.

The trip was entirely wonderful. The Fairmont Orchid was a spectacular hotel and treated us very well. Would I recommend it? Of course I would. I’m lucky to stay at Fairmont Hotels pretty much wherever I travel on business, and the service was what I expected – consistent and warm (except for one young woman at reception), and the amenities were perfect. The Big Island of Hawai’i is amazing, and it was great to get away in the middle of the winter. A lot of people have asked if we’ll go back, and I’m sure we will, but there’s a whole lot of world to see before then. 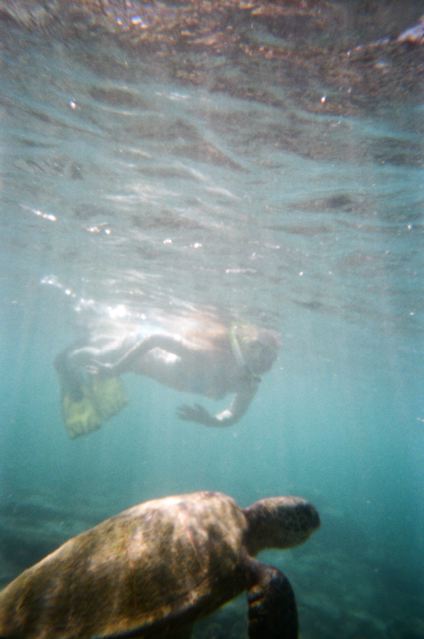 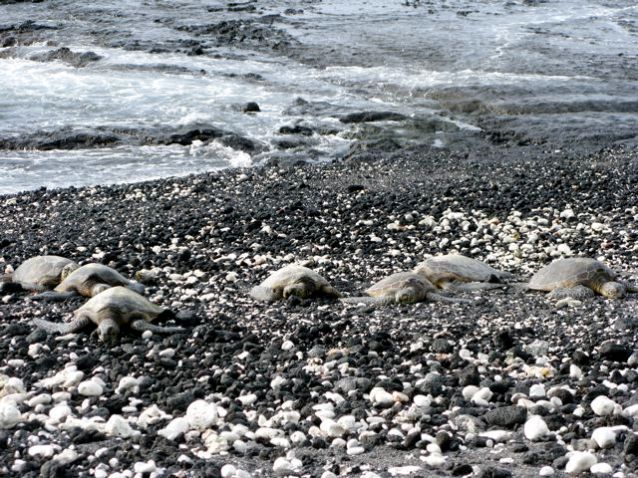 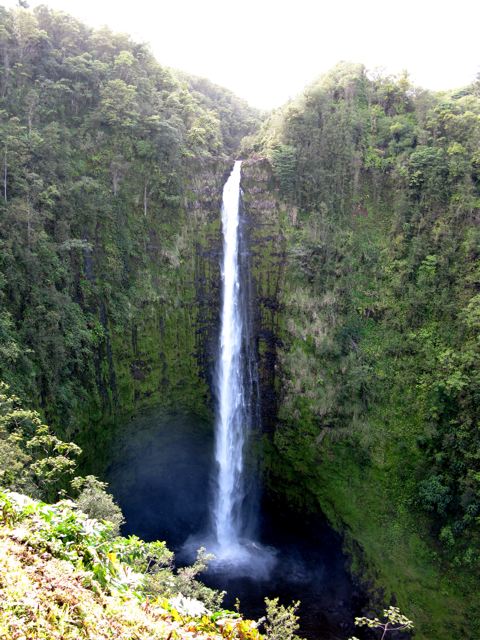 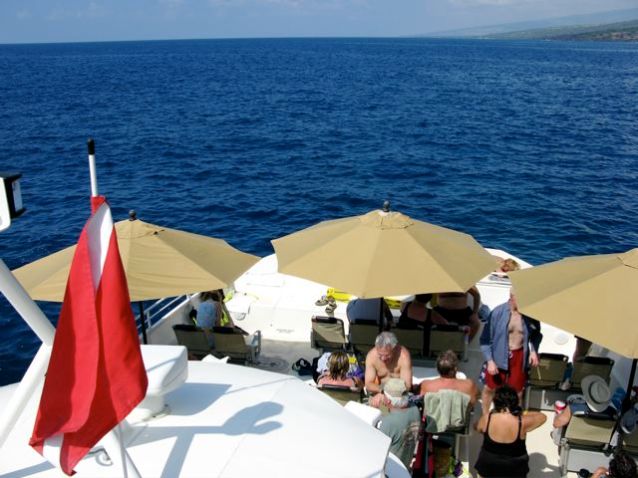 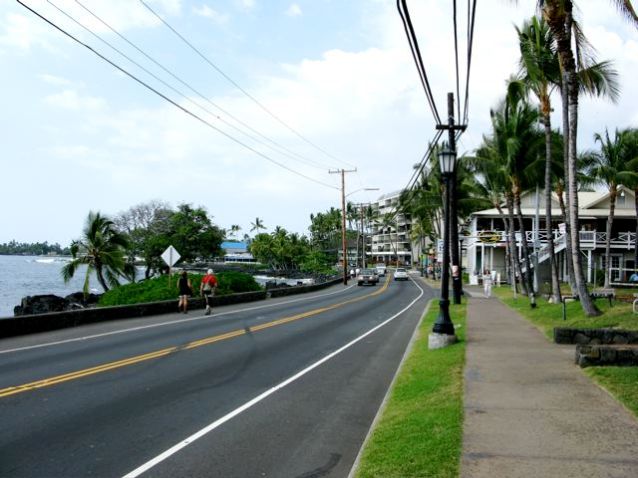 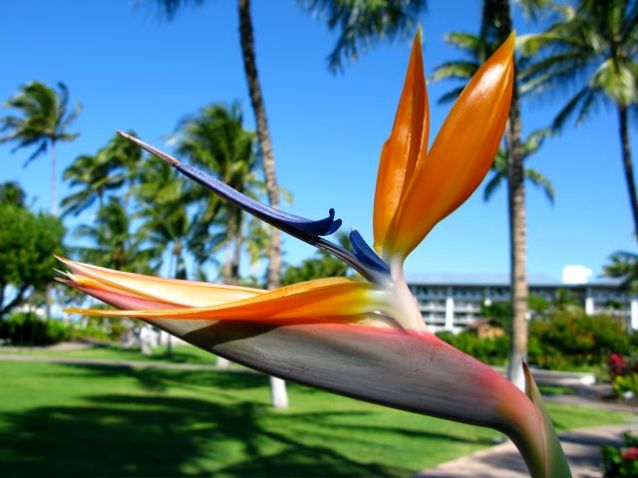 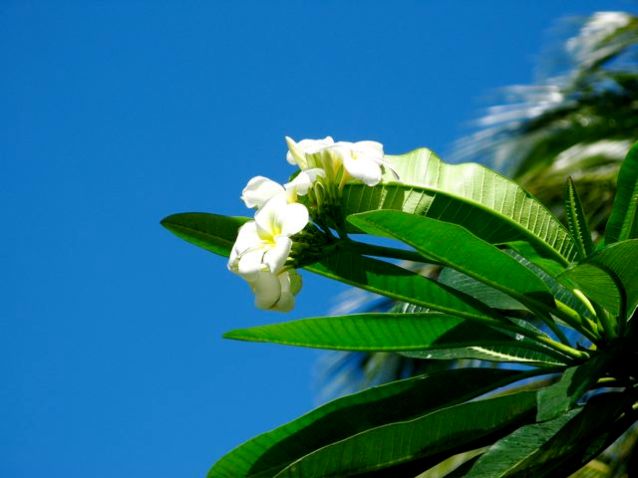 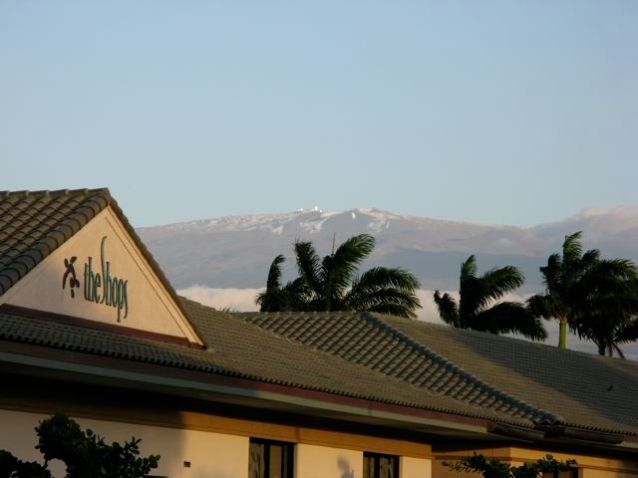 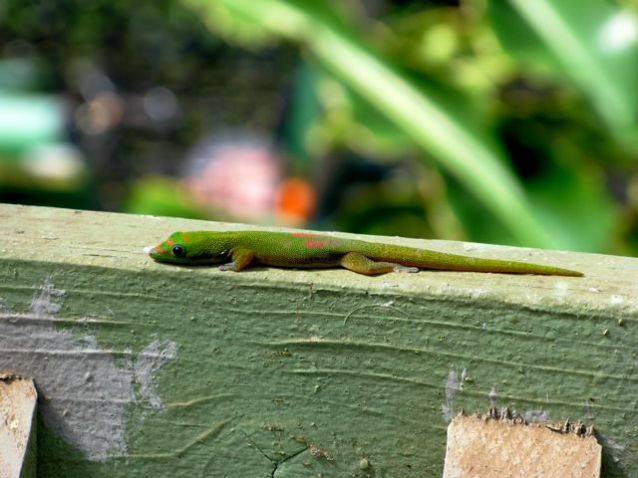 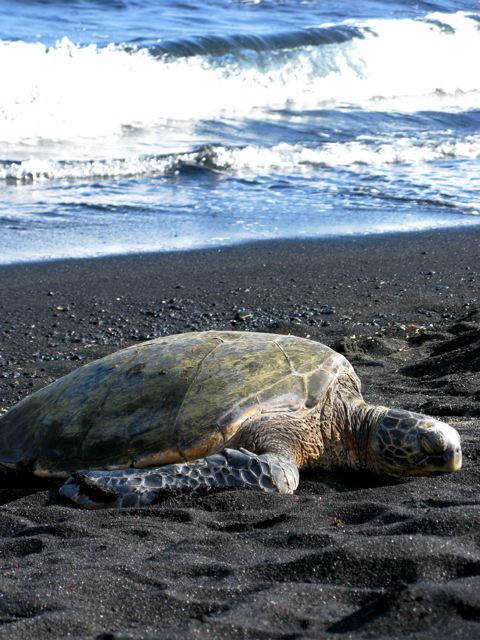 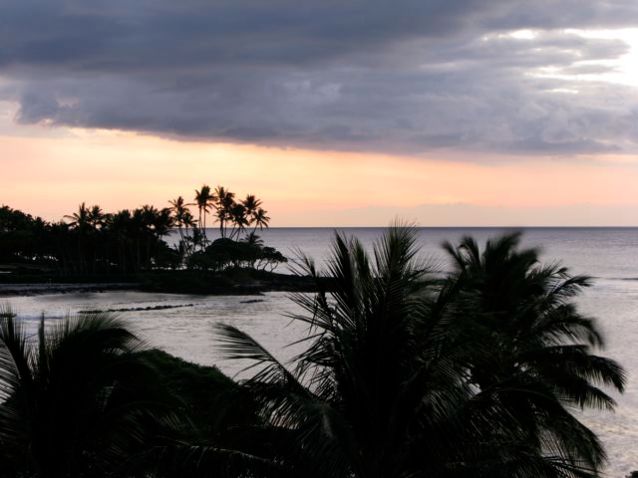 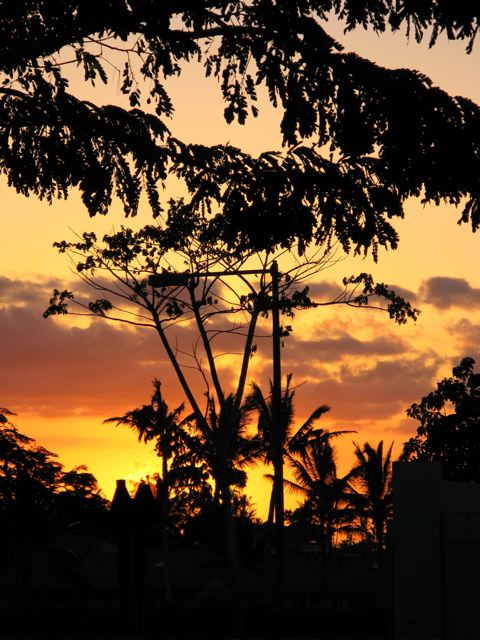