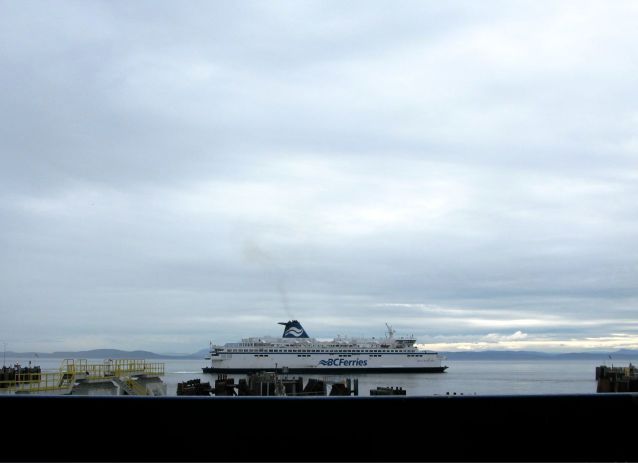 Our revised holiday is now upon us; we leave tonight for the west coast. We’re excited about our trip and it’s time for a vacation. As much grumbling as has been done of late, pleading internally and complaining externally for a break from the daily grind, I think the real indications of a need for reprieve are less obvious. We’re tired most of the time. Bed times have been getting earlier and waking up has been harder. There’s increasingly less and less satisfaction drawn from our jobs, and we’ve less energy to do anything in the evenings.

Now, it’s perfectly understandable – even excusable – that we have retracted into our shells more than usual of late, given that days are amongst their shortest all year (we go to work and return home in the dark), coupled with the amount of traveling we’ve been doing.

I’ve only had a two-day weekend at home twice in the last 7 weeks. Been home 22 days out of the last 49. Ironically, I’d be the first to admit that I’m a home-body. I’d rather be at home than pretty much any other place I can think of. I like tinkering, cleaning, and generally being lazy. Yet I love traveling, no doubt about it, but it catches up with you after a while.

On our trip, we’ve agreed to take it easy – to attempt to come down from work and leave most of it in Calgary. That’s harder said than done in my position, given that future months’ worth of income is directly generated from work done today, but I’ve accepted that arrangement, and I’ve tried to put myself in a position where I won’t be too busy while I’m gone. I do have a meeting or two in Vancouver, however.

Our first stop is in Victoria. We’re looking forward to reconnecting with the city we spent a number of years living in, and we hope to reconnect with at least a few friends as well. Up-island after that, we’ll be spending a few days with my parents, who, as it turns out, will be employing our youth to move some furniture, as they continue to balance two houses and find their home. We’ll also be enjoying a premature Christmas with them, as they won’t be in Calgary on the 25th, whereas we will be. From there we’ll head to Vancouver on the final leg of our vacation. My wife wants to do some shopping and I want to do some walking around. Ought to be a good time. Pictures to follow.