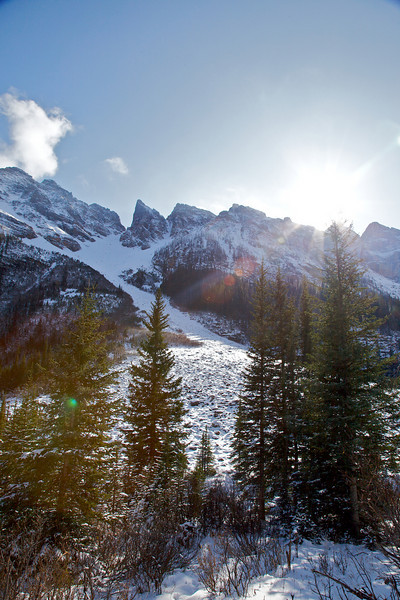 Alright, reflecting on 2009 is done. Last year is so, well, last year. One thing I didn’t fully break down in my last post were some of the thoughts and sentiments that emanated from my entries over the last twelve months: my support of certain politicians (I am still a fervent believer in Michael Ignatieff whose own challenges should not be confused with the dismembered and hollow core of support beneath him); my disbelief and subtle nausea over Canadian voter apathy; Canadian politicians’ abuse of these voters and the system; my unending frustration with Alberta’s social incapacity, its political leanings and its citizens’ and businesses’ general immoral behaviour and self-rightousness; and our province’s, nation’s and world’s struggle to look past our own noses and backyards when it comes to preserving the environment and each other.

Although I haven’t analyzed them myself, one could say that the overall tone of the majority of my posts was negative. Well, too bad. I believe that despite the hulk of my discontent I typically also offer solutions and enjoy considering what could be instead of settling on what is. Frankly there is a lot to complain about, but not all is lost. We here in Canada, and in some cases specifically in Alberta, seem capable of making the right decisions on the issues that matter to me. We’re so close, in fact, that it feels like if only I could reason with enough people, we might actually make headway and break out of our status quo funk. Indeed, we are considerate of our surroundings, cognizant of our environmental challenges, we vote good people into parliamentary seats and leadership positions (if not into office… …yet), and we dignify our opportunities. Canadians are aware that something must be done, eventually; they just aren’t yet motivated to get off their asses and go do it. We know there are dishes to do, but we’re content to sit in front of the TV for the time being. In Alberta, we’re even more hypnotized by our soap opera and bottomless bag of chips. It’s comfy, and besides, maybe the kids will clean up.

It’s because of our close proximity to positive decision-making that I don’t foresee changing my tune anytime soon. I love my country and I am passionate enough about our society and our government enough to complain about them – the sign of a true patriot in my opinion (no matter what Republican’esque right-wing conservatives might say). Now in terms of Alberta, the fight may indeed be hopeless. However, I imagine that one day Albertans will finally get it; once the wells have run dry and we’re begging Ottawa for money, perhaps then we’ll decide to think about our communities and fellow citizens, our status amongst other provinces in Canada and our own humility.

I promised some 2010 resolutions in my last post. As I’ve said before, I’m not one for resolutions, but the exercise is at least entertaining. Here goes:

– attend yoga at least 3 times per week on average

– travel on a different continent

– have a minimum of one more photograph published this year

– join a professional association of some kind

– spend more time outside – whether walking, hiking, bike riding or other – on a regular, at least weekly basis

– to ambiguously be happier, more self-ful and more considerate of my time, my life and my family