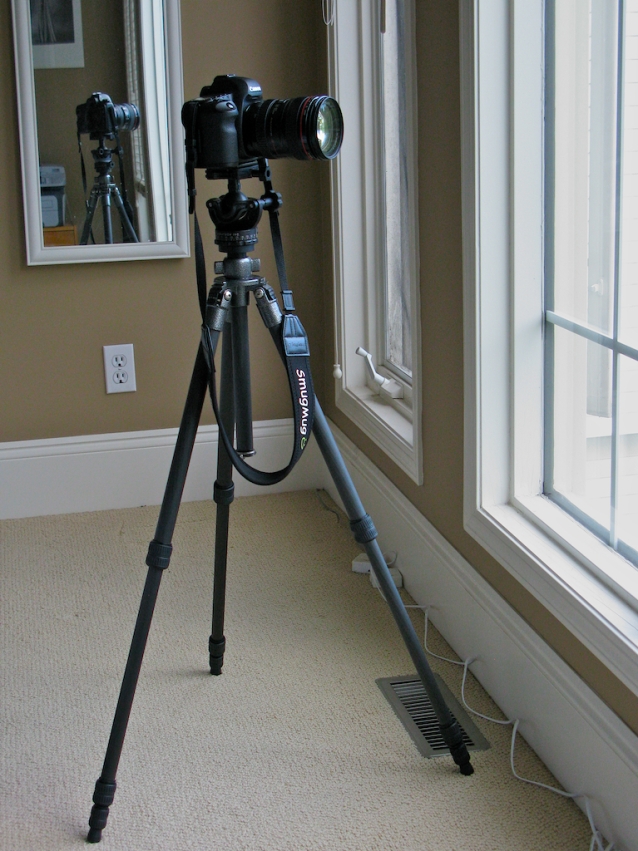 My wife and I are heading to Banff tomorrow, hoping to relax a bit and loosen the shoulders over three days. We intend to do a couple of day hikes and enjoy some spring time weather. Of course the camera will be in tow and I will try to capture some nice landscapes. I got my ballhead on Monday, but alas no quick-release plate. That will arrive on Friday. Vistek was kind enough to provide me a loaner in the mean time.

Banff is a really neat town, though it’s a love/hate sort of place for pretty much everyone that lives in the region. For some, it’s a swollen, undignified tourist trap. It’s the Petro Canada on the way home from the ski hills, surrounded by $400/night hotels and $100/person restaurants, accompanied by tacky art galleries and “Canadiana” junk stores. For others, it’s a getaway destination and an outpost for hikers, skiers, golfers and cyclists. And rock climbers, kayakers, nature seers and fishing enthusiasts. Full of busses, development and traffic, Banff is a convergence of nature and humanity. It’s “Mr. Elk, say hello to Mr. Brown from London, England,” pretty much every day. Somewhat protected from complete urban homogenization by policies based on town expansion limits and residency requirements, Banff’s bulkheads are straining as they hold back ever increasing amounts of water; though for now, they’re holding.

I suppose it’s worth sharing that I’ve been published (my photography, not my writing). I hadn’t mentioned it yet, because I wanted some hard proof before I told everyone, and now that I have it, well, there you go. The magazine is Real Woman On The Run – a women’s life and lifestyle magazine that circulates throughout central Alberta. My wife likes it. The publisher/owner contacted me and said she really enjoyed my Trudeau photographs and wanted to use one for a piece on him in an upcoming issue. Of course, I was flattered.

Michael Ignatieff took a hard ride in the media over the last two days. He called out the government for their overrated economic stimulus and EI benefits, threatening to bring it down. Pundits (I love that word) said he gambled, and Harper called his bluff. For some reason, whether it is due to a lack of funding or ratings, or other election unpreparedness, he rescinded his calls. Called a truce as it were, and now many media are noting his weakness. It was a bad move, to be sure. He was riding quite high in the polls. While his achieved stature amongst Canadians is likely undamaged in most places, Liberal momentum surely hit a speed bump. We can only wait and see what ammunition the Conservatives derive from this performance when an election is eventually called (I predict September).