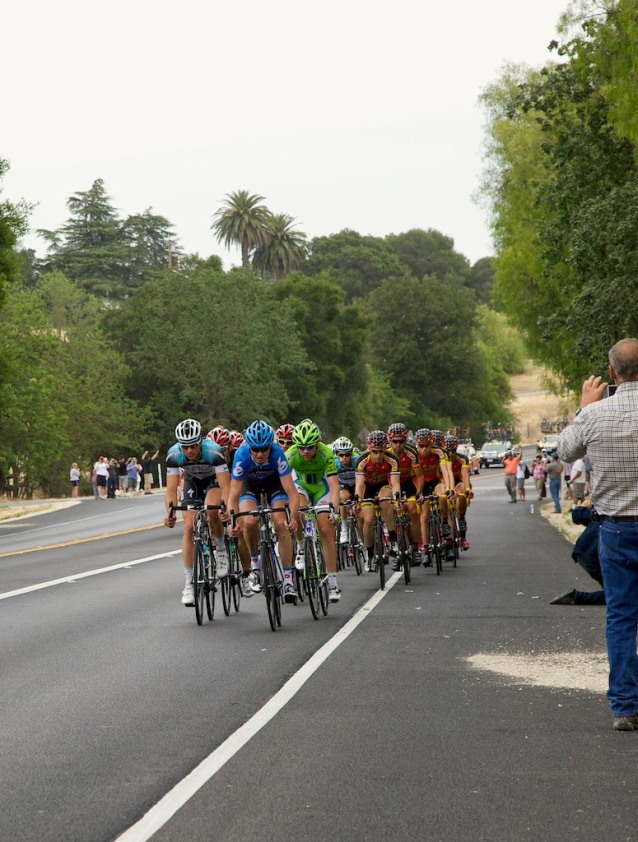 Funny how sometimes you’re in the right place at the right time.

Back in May, my wife and I were on vacation in California, specifically in the Santa Barbara area before heading up north to Napa and San Francisco. We were in the sleepy little town of Los Olivos, population 1,100. During breakfast at our hotel, I noticed three people walking by outside who were wearing the same bright yellow t-shirts. I thought I saw something on them that said “tour” and “California.” I recalled that the Amgen Tour of California (North America’s biggest stage race) was going on that week.

Once we finished breakfast, I ran outside and asked them what they were up to. They said that the Tour was rolling past town on the highway about 90 minutes from then. Excitedly, I went and got my camera and headed out to the highway to stake out a viewpoint.

I’d never seen a bicycle race live before. Keep in mind, I’d only been cycling for about 6 months at that point. I had little knowledge of who any of the athletes were, let alone those competing in this event. I knew nothing of what to expect.

As I waited patiently on the shoulder of the highway, it was quiet. People gradually started to appear, congregating at intersections and in the shade of overhanging trees. Eventually we started seeing police motorcycles driving past and regular traffic disappeared. The number of police driving past increased, 30, 40, 50 motorbikes driving past. A few stopped at the intersections within view to stop traffic from entering the highway. Then some Tour-marked cars started whizzing past; team busses, organizers and referees. The crowds grew.

We could start hearing small aircraft overhead, and at about this time, more organizers’ vehicles drove past, one on a loud speaker, giving the spectators a rough update of what was coming up. “How are you all doing?! There’s a breakaway group about 2 miles behind us, who are currently 8 minutes ahead of the peloton! Thanks for coming out everyone! Be loud!”

Then a few more organizers’ vehicles, and then in the distance we saw a small group of riders with a handful of broadcast and media motorbikes, referees and support cars around them. They came up on us quickly, legs chugging and faces showcasing their effort. The KOM leader was in the breakaway, evident by his polka-dot jersey.

They and their caravan disappeared into the distance, and about 7 minutes later, an even larger number of support vehicles came past, more aircraft, and then in the distance an enormous pack of riders, likely over 100, with a string of spare-bike-laden station wagons behind them. The crowd cheered and banged drums and cowbells, and the riders chugged past. As they whizzed by, I snapped a few photos. Then off they went, and their cars, into the distance. And that was it. The excitement lasted all of about 20 minutes.

It was very exciting to see, and later in the day my wife and I drove to Santa Barbara in what turns out was the route for that day, and marvelled at the hills they would have climbed in order to reach Los Olivos. They were headed to Avila Beach that day – a day filled with huge climbs and over 100 miles in all.

Watching cycling is very exciting, albeit over in an instant. To spectate properly, I think the best vantage points would have to be climbs, where the riders are more strung out and travelling slower. Or a time trial, where you are able to watch them ride past individually or in teams. Makes for more of an event.

I gave them a good cheer as they rode by, and hope that my enthusiasm buoyed their energy for at least a moment. How exciting!

Garmin-Sharp pro rider David Millar shared some tips on Twitter earlier this summer, on how to be a spectator at tours:

1: “Do not stand on the road, it may seem unimaginable in the hours of waiting preceding the race, but when we do arrive we use ALL of it!”

2: “Remove children/pets/chairs from road when stepping back to avoid us, they more often than not end up being forgotten in the panic.”

3: “Bike riders appear further away through a camera lense/phone/ipad than they actually are, take a long shot, not a close-up!”

4: “Cheer for me! We hear everything when passing and, most importantly, enjoy the spectacle, I’ll be standing there with you soon.” 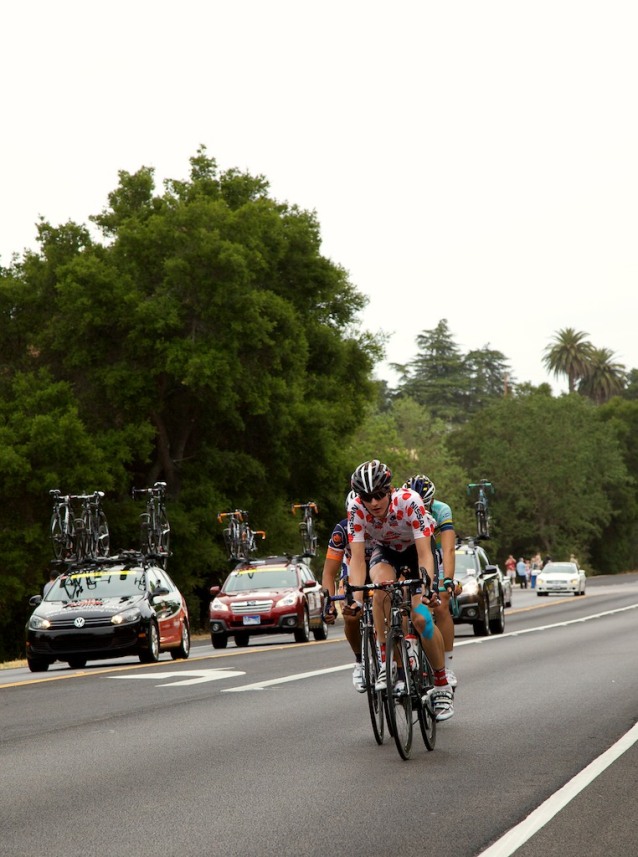 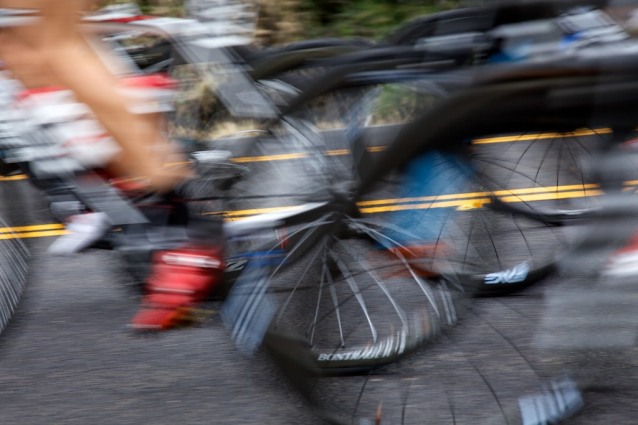 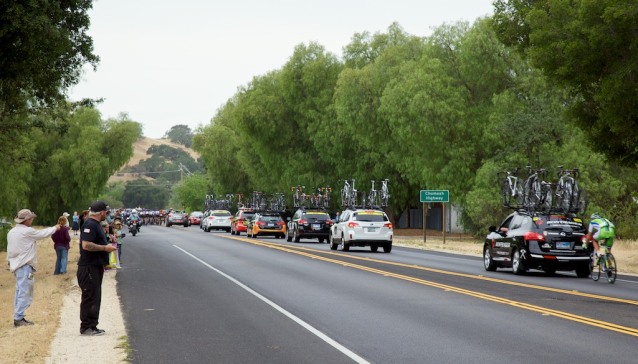