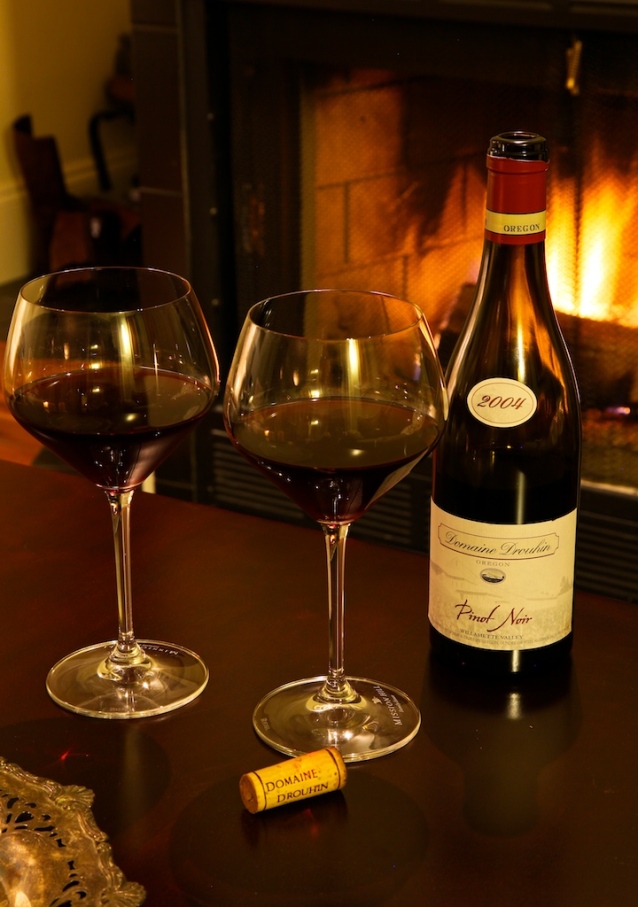 Ladies and gentlemen, 2009 has finally left the building.

Popularly, from an economic, political and environmental point of view, it was agreed that 2009 was a year to forget; though in hindsight it really wasn’t a bad year as far as my own life was concerned. Sure my childhood hero fell from the highest of heights and my hockey team teased and under-delivered yet again, but otherwise, amongst other wonderful benchmarks, last year saw my wife and I both turn 30 years old and our marriage turned 4 (our relationship turned 10). Perhaps it’s best said that 2009 put a lot of things into perspective for me.

Professionally it was a fine, yet confounding year. It was my fourth in my current job. While the publishing industry suffered greatly and probably insurmountably, my magazine survived and it shined in comparison to most. My responsibilities were well managed and capably executed. Surprisingly, and in spite of everyone preaching calamity, my take-home was only slightly impacted. Yet despite the financial result, my work was more stressful than ever before. It was a year where nothing could be taken for granted and every dollar was hard-earned. Maybe this year proved that I can be successful despite adversity and less than desirable circumstances. I will live a shorter life, though, because of it.

I travelled a pile in 2009, both for work and for pleasure. According to TripIt (which is a travel manager used in conjunction with LinkedIn) I made 15 trips to 10 cities in 2 countries for a total of 76 days and covering 38,169 kilometres. That’s almost all the way around the world. It was fun.

Outside of work, a great deal of other initiatives and successes were had. I began and completed a PR certificate from the University of Toronto, thanks in part to my wife and my friends who inspired me to continue making myself more interesting and diverse. In this educational endeavour I enjoyed my finest academic marks ever, finishing in the top of my class. Logic may tell you that my future lies in public relations or some related field, but unfortunately things are not always that linear nor clear.

In 2009 I realized, dignified and joined Twitter. In fact I did it twice. My personal account began in March and is now up to 151 followers, while I personally follow 45 people (I’m not one of those “follow me and I’ll follow you and we’ll race to a million” people; I actually read what others have to say). I advocated hard for a company Twitter account and succeeded in launching it. I continue to maintain it and we are up to 667 followers on only 293 tweets, with 137 folks followed. I also boosted my network on LinkedIn (I love LinkedIn – so much potential) up to 130 contacts and joined Facebook. I still do not know how Facebook works and am intimidated by the motley crew of characters from my past that loiter there.

I made a crap-load of money selling used goods on Kijiji in 2009, including a Mac Powerbook laptop, two couches, an IKEA chair, some entry-level furniture and our BowFlex. For each I got as much or more than I thought I would. For some items, like my Powerbook and BowFlex I was ‘generously’ compensated. Hey, I’m in sales, what can I say? My haul-to-date off Kijiji must be around $2,500. And that’s tax- and fee-free. What a service.

2009 saw me enter the world of SLR photography and only a couple of months after purchasing my first SLR camera did I end up becoming a volunteer photographer for the team of Michael Ignatieff and the Liberal Party of Canada in Alberta. Several different shoots, including a day-long excursion throughout Calgary, left me with great experience and some wonderful shots. Two landed in prominent magazines as well as throughout the Liberal Party website and associated accounts. I bolstered my camera gear with a couple of bags, a flash and a tripod. All wonderful tools.

I was on the receiving end of a couple of spectacular customer service failures during the year – enough to earn my ire and retort and resulted in blog posts. And The Camera Store and Arpi’s still suck big time and haven’t seen a dime from me since.

My wife and I worked very hard in 2009 to continue nurturing our eco-consciousness and reduce our environmental impact. Yes, I know that’s somewhat hypocritical given the miles I’ve travelled, though an incomplete effort cannot be deemed hypocrisy in my opinion, otherwise why would any of us try at all. As Chris Turner, author of The Geography of Hope says, “The Perfect is not an enemy of The Good.” A list of our accomplishments can be seen here.

2009’s resolutions were listed as follows:

– continue working out: something which I started near religiously about 13 months ago, and I’m very pleased with the results
– do lots of hiking with my wife in the spring, summer and fall this year
– commit to both of us doing more cycling
– eat sensibly – with an emphasis on local and organic wherever and whenever possible
– minimize my accumulation of packaging when I buy things, namely plastic bags
– accomplish a photography certificate and become exceedingly proficient with my new toy (pictured above)
– redevelop this website to better showcase my photography (not a fan of the fixed width in particular)
– paint the house and build a bedroom in the basement
– stick to a budget

Well, number 1 was a fail. My workouts’ demise began with pain in my shoulder. Though I began working out on the advice of my doctor, who said my chronic back and neck pains were a result of a lack of core strength, my RMT told me straight away that my shoulder and neck pains were likely due to my workouts, overall tension and lack of mobility and range of motion in my chest, shoulders and back. This was made even more clear when I put my back out just prior to the beginning of my intense period of travel in November. So the workouts were shelved and I dedicated my personal fitness time to yoga. I fell in love with yoga, in fact, and were it not for nearly two months of straight traveling in the fall, I likely could be labeled ‘hard core’ by now. Despite my schedule yoga and my enjoyment of it persists. And my shoulder and back pain are nearly gone (however now I am suffering from a pulled groin).

Number 2 was similarly doomed. My wife and I only hiked twice all year, although we walked extensively during our travels to various places such as Vancouver and Las Vegas.

Number 3 was a spectacular fail. Our bikes made it out of the garage once this year.

Number 4 was capably implemented and enjoyed. We are ardent supporters of our local farmers markets and of environmental and sustainably-focused local produce and grocery establishments such as SPUD and Planet Organic. My wife enjoyed a great deal of success with her back yard garden and we enjoyed its bounty throughout Calgary’s growing season (insert joke here).

Number 5 was adequately followed as described. Our stash of reusable shopping bags in the back of the car is significant and our effort to choose against a plastic bag at some stores has resulted in some suspicious looks from fellow consumers, much to our delight. We continue to choose against any additional packaging or bags for things like produce when bought from stores.

Number 6 was half successful in literal terms, though over-achieved conceptually. See above.

Number 7 fail; though my online photo gallery is flourishing and has resulted in business and contract work.

Number 8 achieved, though only recently. The living room was painted the day before yesterday (a flicker of inspiration was captured and lit afire) and our basement was carpeted two months ago. We found that building an extra room was unnecessary.

2010 resolutions will be published, eventually, once I’ve an idea of exactly what they are, what is motivating me and how much I feel I ought to share on this increasingly popular forum.

Reviewing the past year’s goals and accomplishments I am thankful for my motivation to achieve them, for the opportunities that have resulted and for the inspiration that I’ve drawn from friends and family. Looking back on my thoughts and posts, I am satisfied with how I’ve been able to share my feelings and opinions on issues that matter to me. And I am grateful for your attention and participation throughout. Things will undoubtedly continue to develop and change in the upcoming year and I am ever so happy to have you along for the ride.